Breastfeeding Advantages to Mother and Baby

Breastfeeding not only has its advantages for mother and baby alone but impacts the entire community in a favourable way. Do ensure your confinement nanny is supportive and encourage breastfeeding when you engage her service. Surveys of adult women who had breastfeed as infants showed that breastfeeding may decrease the risk of cardiovascular disease in adulthood. Breastfeeding increases babies’ immunity and long-term health, which can mean a decrease in a national healthcare costs. With less sickness in the family, parents do not have to take childcare and sick leave as much. This brings down national absenteeism rates and increases productivity if mothers breastfeed the babies. In terms of environmental aspect, more breastfeeding can bring down the number of formula cans and bottles that need to be disposed.

Breastfeeding is the natural way of providing young infants with the nutrients they need for healthy growth and development. All mothers can breastfeed, provided they have accurate information and the support of their family, the health care system and society at large. Colostrum, the clear-to-yellowish coloured thick and sticky breastmilk produced at the end of pregnancy until the first few days after birth is recommended by WHO as the perfect food for the newborn, and feeding should be initiated within the first hour after birth. Exclusive breastfeeding is recommended up to six months of age, with continued breastfeeding along with appropriate complementary foods up to two years of age or beyond. – World Health Organization (WHO)

All females are given the right “equipment” to breastfeed their young. In the days before infant formula was manufactured, breastmilk was the only form of nutrition for young children. Even in undeveloped countries and many rural areas of the world today, breastfeeding remains the only viable way to provide nourishment for infants. However, facts about breastmilk and breastfeeding have been all forgotten in Singapore for the past two decades until 2001, which Health Promotion Board started to promote breastfeeding officially. 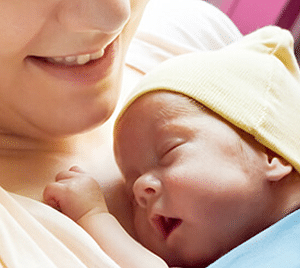 Breastfeeding Benefits for the Babies