Food Diet During Pregnancy And Confinement 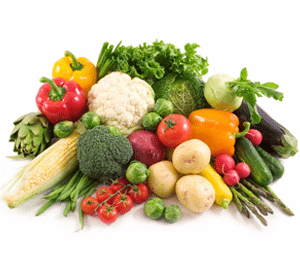 What you eat now can affect your baby for life. The nutrition a baby receives in the womb affects how he or she grows and this in turn affects the chances of becoming obese in the future, and of developing high blood pressure, type 2 diabetes, heart disease and some cancers. For several decades researchers have known that the health of adults is related to their birth weight and placental weight (which also reflects a mother’s nutrient supply). They are now beginning to discover how this happens and why smaller babies are at greater risk of degenerative diseases in later life. It is believed that babies are somehow ‘programmed’ in the womb. It seems that if they are malnourished their overall growth suffers and so does the development of their vital organs such as the heart and kidneys, putting them at increased risk of poor health in later life. For example, it has been found that some babies are born with half as many nephrons in their kidneys as others, which means they are less able to cope with salt, and more likely to get high blood pressure.

Poor diet in the womb does not mean a baby is doomed. It makes them more vulnerable instead. They are less resilient to the effects of salt, saturated fat, alcohol and other hazards in modern life, such as stress and a lack of exercise. Part of the problem is that there is often a mismatch between food supply in the womb and diet later on. If babies are undernourished before birth, their body adapts, ready for a life of food deprivation. If they are then born into an environment where food is actually abundant, their bodies cannot cope.

There are research showing that what a woman eats during pregnancy can actually affect her baby’s DNA. It was found that eating a low-carbohydrate diet in early pregnancy could result in epigenetic changes – alterations in the way specific genes work, although the genetic sequence remains the same. A small adjustment to a baby’s DNA caused by a low carbohydrate diet was found to result in more body fat in childhood. The researchers were surprised at how significant a difference early diet could make. The epigeneic changes due to a low carbohydrate diet in early pregnancy explained a quarter of the difference in fatness of the children six to nine years later. Other research has shown that epigenetic changes are passed on to future generations. So what you eat now could influence your baby’s DNA, which in turn will affect his or her own children’s health. This can seem incredibly daunting but eating a healthy diet is relatively simple.

The food you eat during pregnancy affects the flavour of the amniotic fluid your baby is swimming in and swallowing. When babies start to have solids, they are more likely to enjoy particular flavours, such as garlic or carrot juice, if their mothers had these in late pregnancy. By eating a wide range of healthy foods now you can increase the chances of your baby doing the same and hopefully avoid fussy eating.