What to Eat During Confinement Period

Confinement meals are recommended by traditional Chinese medicine (TCM) practitioners for the purpose of restoring balance of Yin and Yang energy in a woman’s body. Yin energy loss was linked to the blood loss that was an inevitable part of the birthing process. You may have heard the elders or confinement nanny forbidding new mothers from drinking water. Besides water, new mothers were forbidden from eating salt so everything cooked for them had to be salt free. This thinking was ahead of its time because today there is evidence that a high salt intake may hamper a woman’s ability to recover from post-pregnancy hypertension. As there was no way to monitor or control woman’s salt intake accurately in the past, complete abstinence from salt was the only option. Most of the confinement food catering services avoid use of salt or MSG as well. Other commonly asked questions regards on confinement diet or what to eat during confinement as followed. 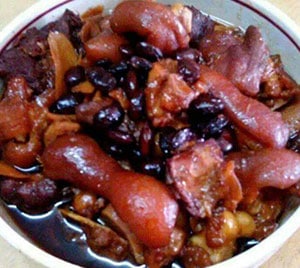 Why is Sesame Oil Commonly Used To Cook Confinement Meals?

Research has shown that sesame oil has hormone-inducing properties which promote contractions as well as help with post childbirth discharge. In addition, the unsaturated fat in sesame oil can be converted into a lipid compound call prostaglandin which plays a crucial role in the treatment of pregnancy-induced hypertension.

Absolutely but not all fruits. New mothers are advised to consume fruit such as apples, guavas, grapes, papayas, strawberries, peaches, mulberries and cherries.

What Types of Proteins are Good for Mothers?

Chicken, pork hocks, peanuts, carp are readily available sources of protein that is good for mothers. 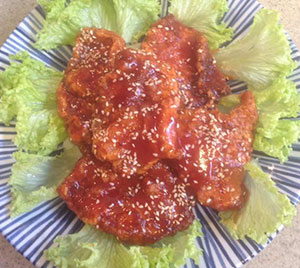 What Types of Vegetables Is Good For Mothers?

What Other Types of Food Does Confinement Diet Consist Of?

Carbohydrates are important which mothers can consider brown rice, noodles, buckwheat and black sticky rice. It was believed that adzuki beans could help in regard to the blood loss caused by childbirth. Black beans are believed to be good to relieve back pain and water retention problems.